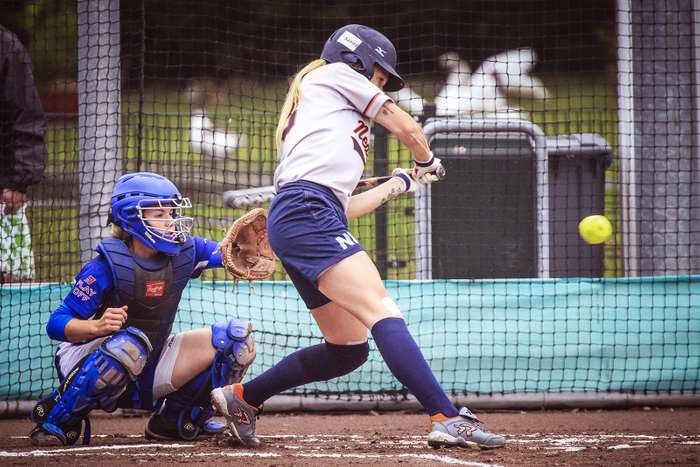 Softball, a variant of baseball and a popular participant sport, particularly in the United States. It is generally agreed that softball developed from a game called indoor baseball, first played in Chicago in 1887. It became known in the United States by various names, such as kitten ball, mush ball, diamond ball, indoor–outdoor, and playground ball. There were wide variances in playing rules, size and type of playing equipment, and dimensions of the playing field.

In 1923 a rules committee was appointed to publish and circulate a standard set of rules. The committee was later enlarged to form the International Joint Rules Committee on Softball, which came to include representatives of a number of organizations that promote and sponsor softball. The Amateur Softball Association of America, organized in 1933, came to be the recognized governing agency for promotion and control of organized national competition.
The Fédération Internationale de Softball (International Softball Federation), which was formed in 1952, acts as liaison between more than 40 softball organizations of several countries. Headquarters are in Oklahoma City, Oklahoma. The federation coordinates international competition and regular regional and world championship tournaments for men and women. In 1996 a women’s softball competition was added to the Olympic Games. It was removed from the Games following the 2008 Summer Olympics but was added back to the program of the 2020 Summer Olympics, which were postponed until 2021, owing to a worldwide coronavirus pandemic.

The fundamentals of softball are the same as those of baseball. Batting and fielding strategy are similar, but softball is played on a much smaller area, and a game is only seven innings long.
The regulation playing field for softball includes a diamond-shaped area with 60-foot (18.3-metre) baselines. The pitching distance for men is 46 feet (14 metres) and for women 43 feet (13.11 metres). Bats must be round, not more than 34 inches (86.4 cm) long, and not more than 2.25 inches (5.7 cm) in diameter at the largest part. The official softball is a smooth-seam ball 12 inches (30.5 cm) in circumference, weighing between 6.25 and 7 ounces (177 and 198 grams).
In softball the ball is delivered by an underhand motion, whereas in baseball the pitch is overhand or sidearm. Base stealing is permitted in both games, but in softball the runner must keep contact with the base until the pitcher releases the ball on delivery to the batter.
A popular variation of softball called slow-pitch may be played with regulation equipment. The major differences from softball (fast-pitch) are that there are 10 members on a team, the pitching distance for men and for women is 46 feet, and a pitched ball must be delivered at moderate speed with an arc of at least 3 feet in its flight toward the batter. Speed and height of the pitch are left to the judgment of an umpire, who may eject a pitcher for repeatedly throwing the ball too fast. Base stealing is not allowed in slow-pitch.
Another variation, popular especially in Chicago and other midwestern American cities, is played with a ball that is 16 inches (40.64 cm) in circumference on a diamond whose base paths are 55 feet (16.8 metres) for men and 50 feet long (15.25 metres) for women. The ball is delivered as in slow-pitch, and fielders typically play without gloves.
From:
https://www.britannica.com/sports/softball#ref286026
PrevNext 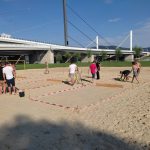 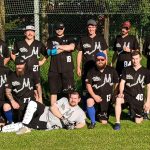 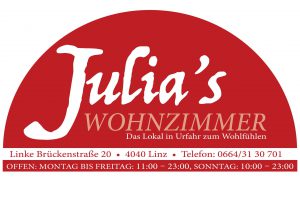